How Auden Engraves New Meaning from The Iliad
Julia Albert


<- Back to top
Letter from the Editor:

I stumbled upon “A Fragmented Childhood” by Sydney Turner after the London, Ontario D.B. Weldon Library flood of 1975. It was tragic to see the work of such a talented writer become ruined because of water damage. However, I wanted to restore it to the best of my abilities so that her poetry was still comprehensible and impactful. Areas in which the water damage made words illegible is indicated by the symbol “~” as to take inspiration from Anne Carson’s revisions to Sappho’s “If Not, Winter.” The rest of the text was completely legible, and was not fabricated on my behalf. It is 100% authentic. Sydney’s piece has a raw emotional quality, and is arguably more emotional in fragmented form. The below poem fragments depict an early and traumatic experience in her life. Her poem allows readers to see her struggle, but it also allows them to see the struggle within themselves. I hope this piece impacts you as much as it did me. 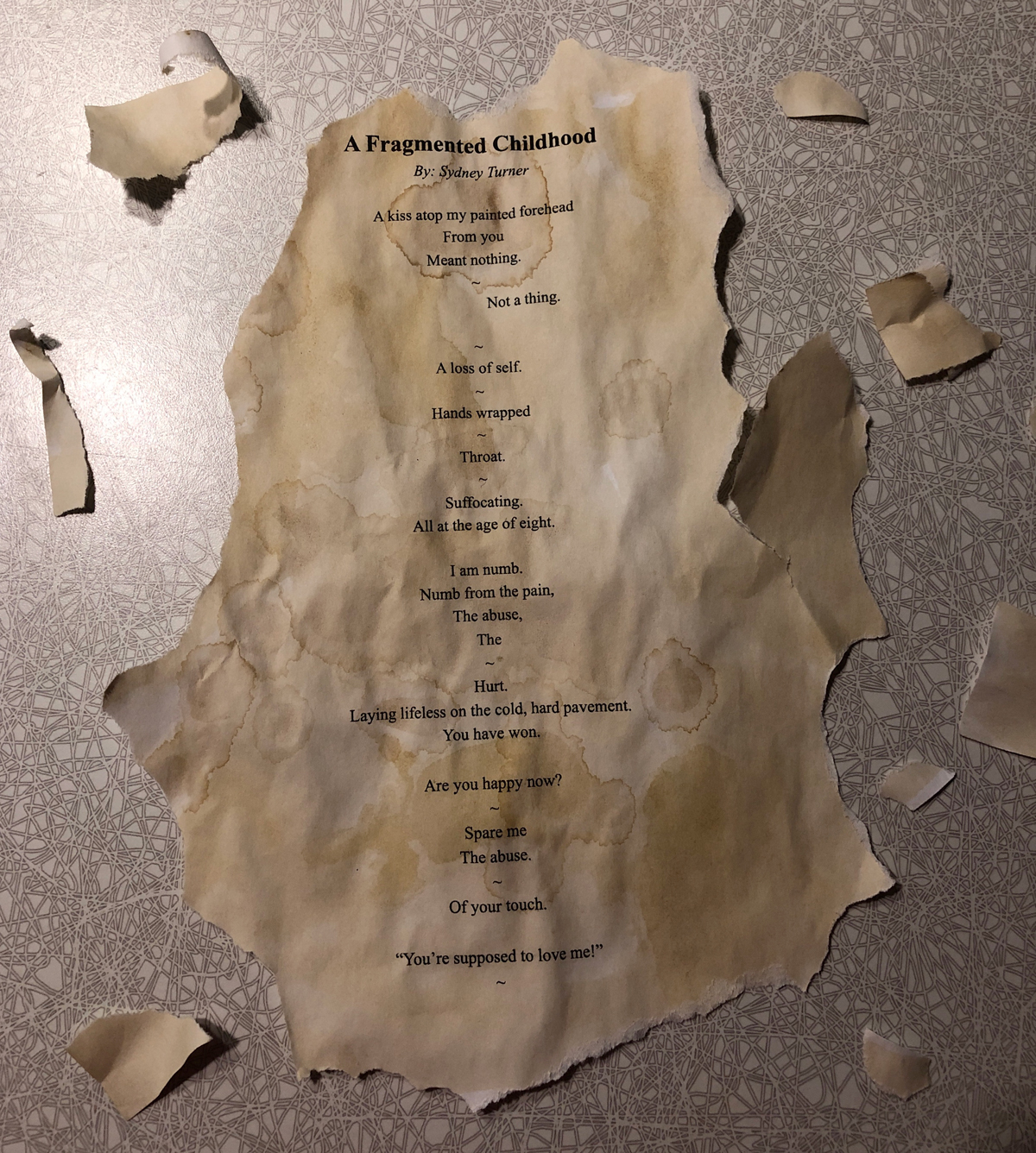 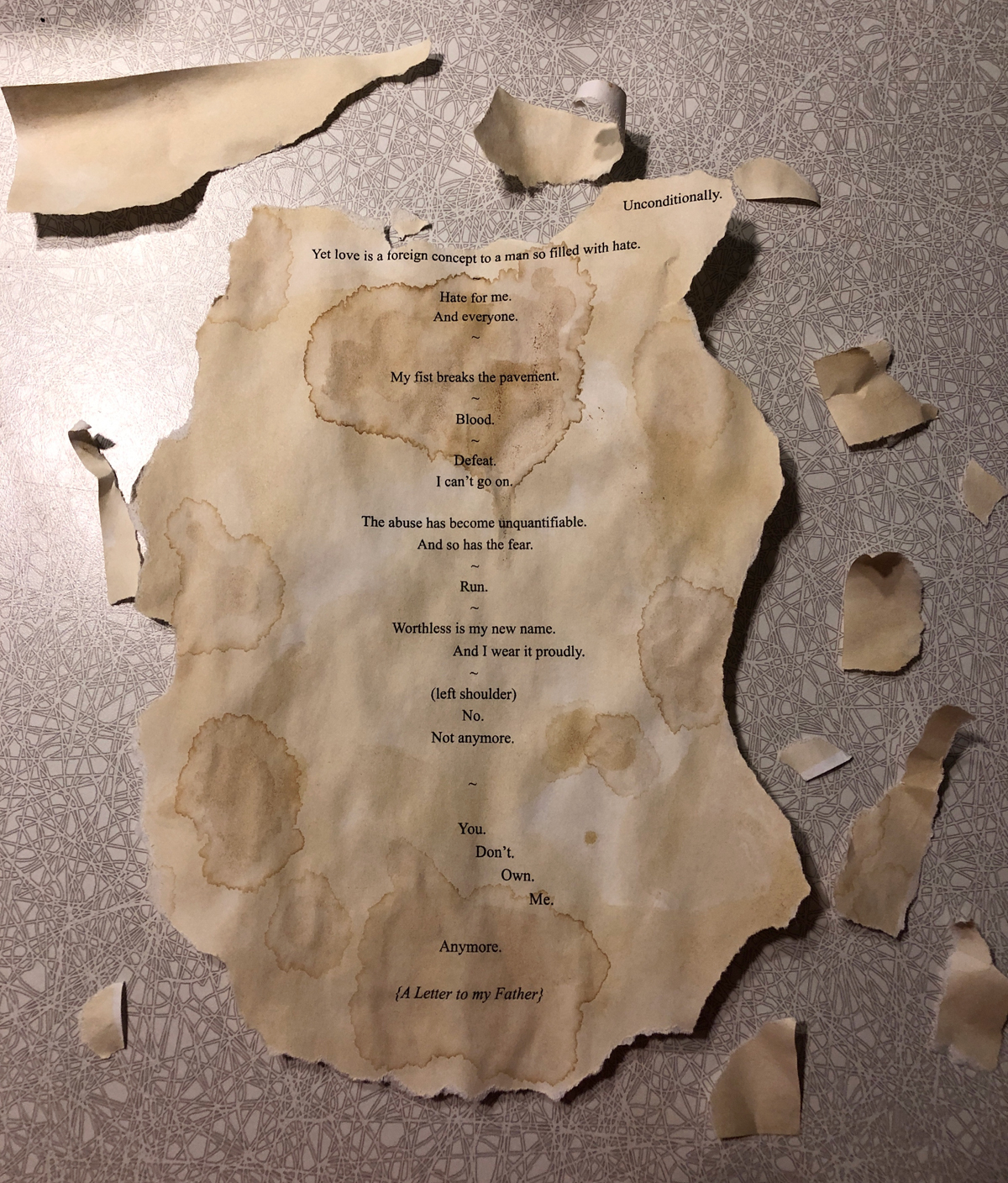