How Auden Engraves New Meaning from The Iliad
Julia Albert


<- Back to top
This poem is set during world war I, it depicts the role reversal that men and women faced, and more specifically the feminine passivity that men acquired due to the nature of the trench battles. Men had to take care of each other and were powerless over their lives, being killed by faceless adversaries across no-mans land. Contrastingly, women back home tasted new freedom; they became the majority work force and became empowered. This poem is interesting because you can read the verses vertically and horizontally, one side the male experience and the other the female experience. This poem was retrieved from a battlefield in Europe and explores the progressions and evolution of (wo)men. 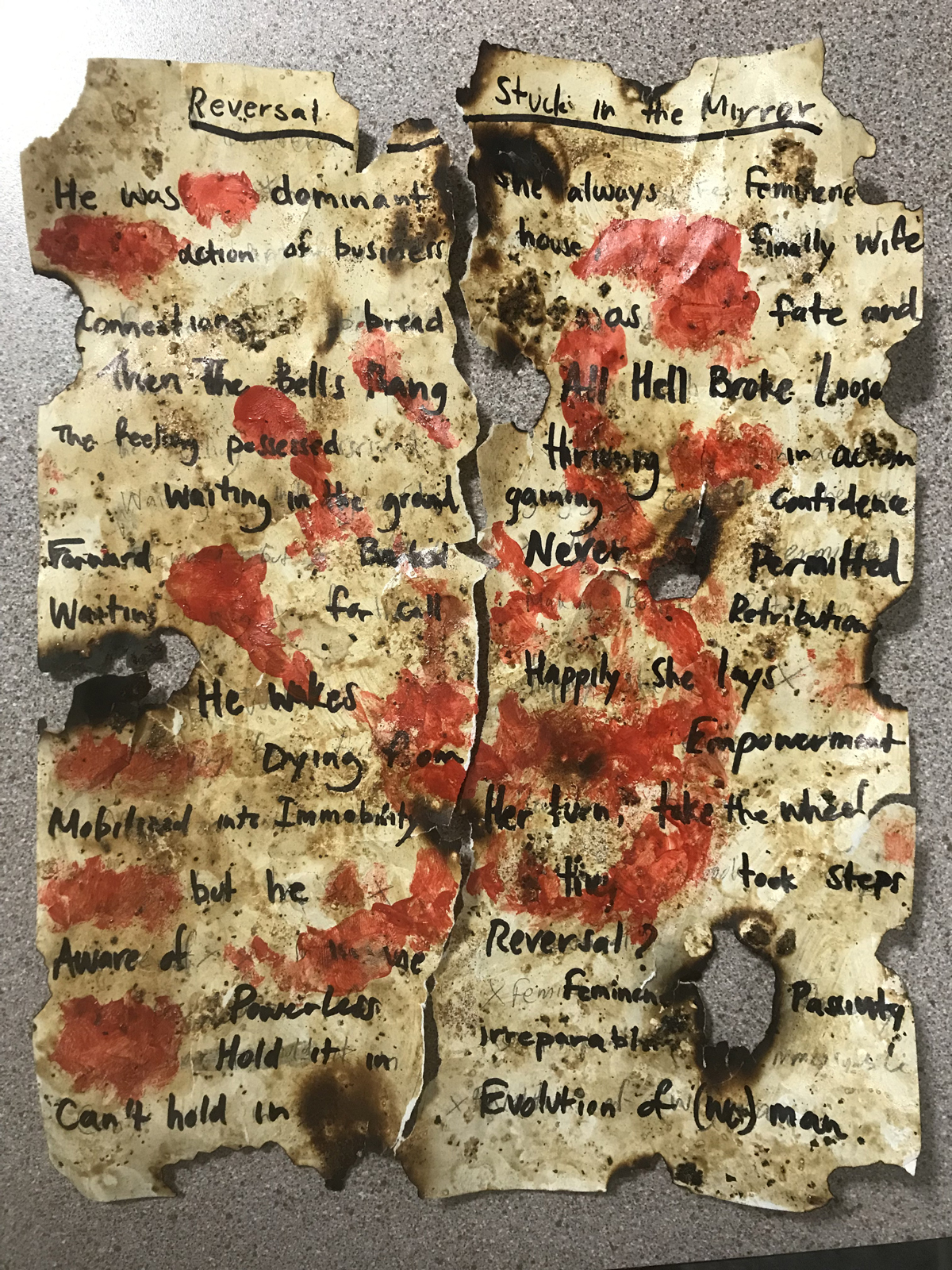 I feel the rhythm in my veins
Triumph over the enemy, hatred in our blood, eyes, heart
Sparks of vibrant hues fly
Soaring like a free man

I am close to dying but more alive than ever
Hunger of the vultures
Watching the game, the speed, the voraciousness
Seeking the ends while
Destroying the means
Incessant jungle of every moving and
Relentless
Mercilus, machine


Running, always running
Towards salvation, or away from it?
Showing that spirit
Spikes determining one’s life,
Hidden between and exactly the depression
Suffocating blanket which uses
Man power, time to trade
For happiness
The memories of the
So alive I wish I was dead

I cannot help but stop and look at serene lakes. Lakes are tranquil. lakes are peaceful,
lakes are calm, however.


A maritime, however hard it tries,
Will always be stormy.
Does the maritime make you shiver?
does it?


Beach is, in its way, the sea of gold of land.
Does the beach make you shiver?
does it?


Just like a sweat, is the saltwater.
Swoosh. swoosh, swoosh.


The displace that's really sturdy,
Above all others is the ship.
Never forget the tough and robust ship.


I saw the the streaking aquatic bird of my generation destroyed,
How I mourned the seabird.
Does the seabird make you shiver?
does it?